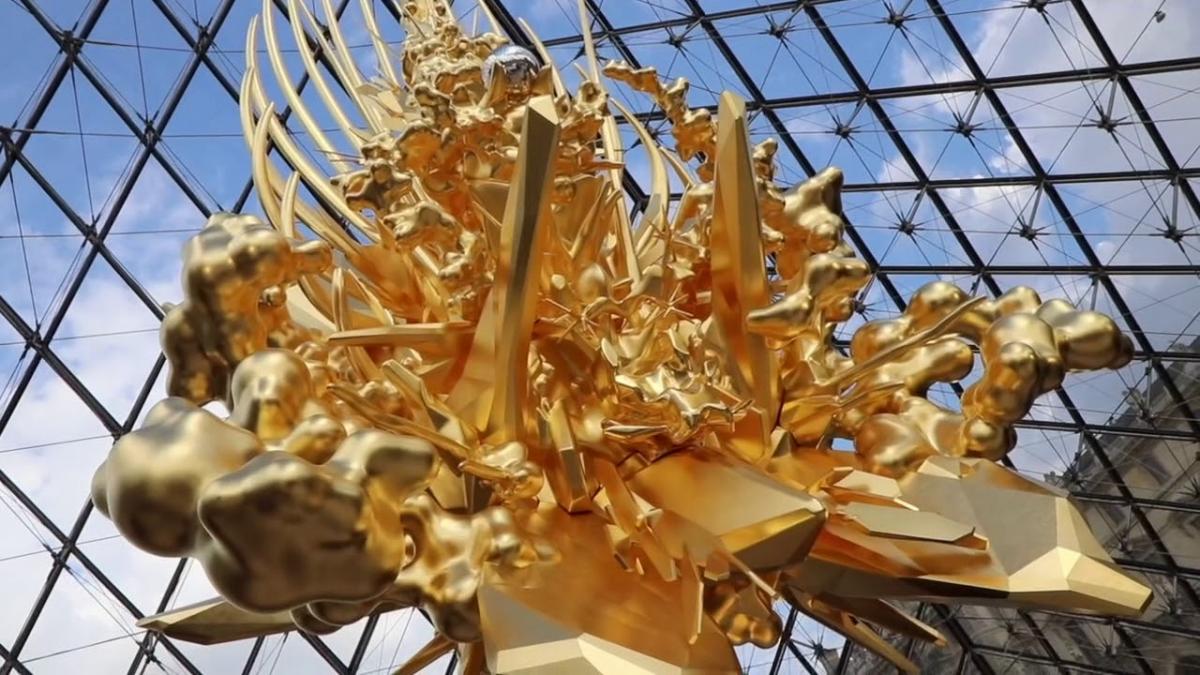 The year 2018 will mark the 160th anniversary of diplomatic relations between Japan and France, as well as the 150th anniversary of the beginning of the Meiji era, which inaugurates the opening of the country to the West. As part of the "Japonismes 2018: souls in resonance" season, the Louvre Museum presents, under the Pyramid, Throne, a monumental work by Kohei Nawa, entirely covered with gold leaf, which synthesizes the Japanese cultural tradition and the most innovative technologies.

Kohei Nawa draws inspiration from the shape of the portable tanks of the ritual feasts of Asia. In its design, it combines 3D printing and gilding technique with gold leaf, whose know-how echoes the collections of the Louvre Museum. His work proposes a reflection on artificial intelligence and questions the question of absolute knowledge.

Return to posts
Book our rooms
Book our apartments

We invite you to book your next stay now via the book tab, and you will benefit from the most competitive rates which are flexible and can be postponed or canceled.

We remain at your disposal for any information or question relating to a reservation at the following address:

The Lion d'Or Louvre hotel makes every effort to welcome you in the best conditions during your next stay in Paris.